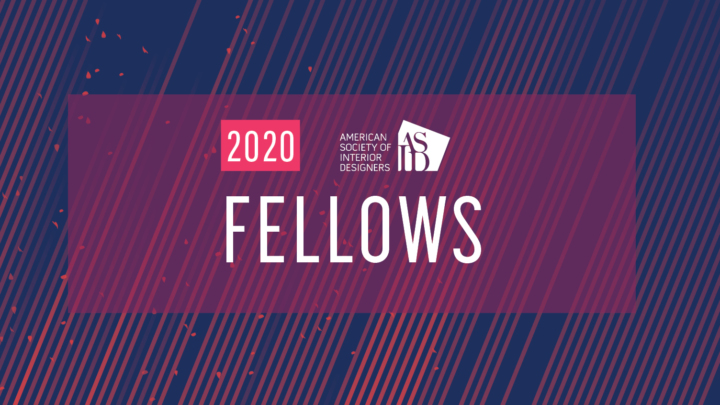 Fellowship and Honorary Fellowship are the Society’s ultimate accolades and are granted to ASID members who have made distinguished contributions to their profession, engaged with the local and national ASID communities and made notable impact on the design industry at large. Join ASID for a special, virtual celebration honoring the 2020 ASID College of Fellows inductees. 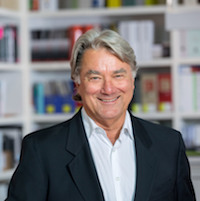 Gary Wheeler is a titan of the design profession. His career has spanned more than 30 years in which he has led practices at Perkins&Will, Gensler, and, most recently, HDR.

He has designed workplaces for companies such as Apple, Time Warner, American Express, and JP Morgan. He has been a member of ASID since he was a student. His many ASID accomplishments and milestones include being named the Designer of Distinction (1999), granted fellowship, serving as National president (1994), and much more.

During Wheeler’s time as ASID president, he was a transformative leader that ushered in a new era for the organization by expanding the ASID Foundation and investing in research and evidence-based design.

Beyond Society honors, Wheeler has been inducted into the Interior Design Hall of Fame, received the Senior Fellow Award from The Design Future Council, and been named an IIDA Fellow, one a few designers with Fellow distinction with ASID and IIDA.

Meet the 2020 ASID College of Fellows

Rose Mary Botti-Salitsky has worked in the interior design field for over 30 years as an academic, design professional, author and advocate. She was at the forefront of the effort to recognize interior design as a profession in Massachusetts and across the country advocating that interior designers should be registered alongside their architectural and engineering brethren. Dr. Botti-Salitsky served as the president of the Massachusetts Interior Design Coalition (MIDC) from 2005-2010, its Director of Legislative Affairs from 2011-2015, and currently the Director of Government Affairs ASID NE. In 2018, she was one of eight subject matter experts representing the U.S. and Canada that updated the definition of Interior Design for NCIDQ. She is the author of Programming & Research: Skills and Techniques for Interior Design.  Dr. Botti-Salitsky was a tenured Professor and Department Chair for the Interior Architecture + Design programs at Mount Ida College from 1991 to its closure in 2018. After the college’s abrupt closure, she worked to relocate the students and faculty to the University of Massachusetts Dartmouth. Launching the only CIDA and NASAD accredited public program in New England. Rose Mary has spent her career expanding opportunities to underrepresented individuals by promoting an affordable and accessible education that will contribute to expanding diversity in the design profession.

For 40 years, Benjamin Huntington has worked on a wide variety of design projects ranging from Hamptons houses, ski chateaus, brownstones, Manhattan apartments, offices, an art gallery, several country houses, and a full renovation of a large Victorian house in Scotland. After nine years with a London-based architectural firm, Benjamin moved to New York, founded his design studio, and joined ASID. In 2002, Benjamin passed the NCIDQ, became a NY State Certified interior designer, and became a professional member of ASID. Benjamin has also trained with some of the great Western Feng Shui masters, and has achieved Feng Shui Master status. Benjamin has served as an ASID NY Metro Chapter board member and chapter president; as an Interior Designers for Legislation in NY president; as chair of the ASID National GPAC Committee; and is currently the ASID NY Metro Chapter president-elect. In 2018, Benjamin received the ASID National Medalist Award.

A.J. Paron-Wildes has acquired significant experience working in the design/build industry.  She has created and led a multi-million dollar award-winning design/build firm, developed national programs for ASID (American Society of Interior Designers), developed and funded design research programs for the University of Minnesota and pioneered various charitable programs.  She, and her work, is featured in many television segments on HGTV, PBS and Bob Vila. MS. Paron-Wildes helps clients look to the future when designing their spaces and facilities.  She specializes in design implementation and collaboration, environmental initiatives/LEED, WELL certification and change management. A.J. has also been a design consultant for interiors in healthcare and education, specifically dealing with autism.  From school settings, therapy environments to her most noted work on the building for the MIND Institute in Sacramento, California; AJ has used her skills as a designer and blended them with her experience of raising a son with autism. Over thirty publications have published projects or articles completed by Ms. Paron-Wildes including Forbes Magazine and Harvard Business Review.  She has served as a design judge for several design professional organizations. These efforts have not gone overlooked, A.J. has been honored with accolades from numerous organizations like NKBA, NARI, Chrysalis Awards, Professional Remodeler Magazine, Remodeling Magazine, USGBC, IIDA and ASID.  Previously, AJ served the design industry as the National Director for Design Public Group, a technology contract furnishings platform. She is now Executive Vice President, B2B, at SANDOW.