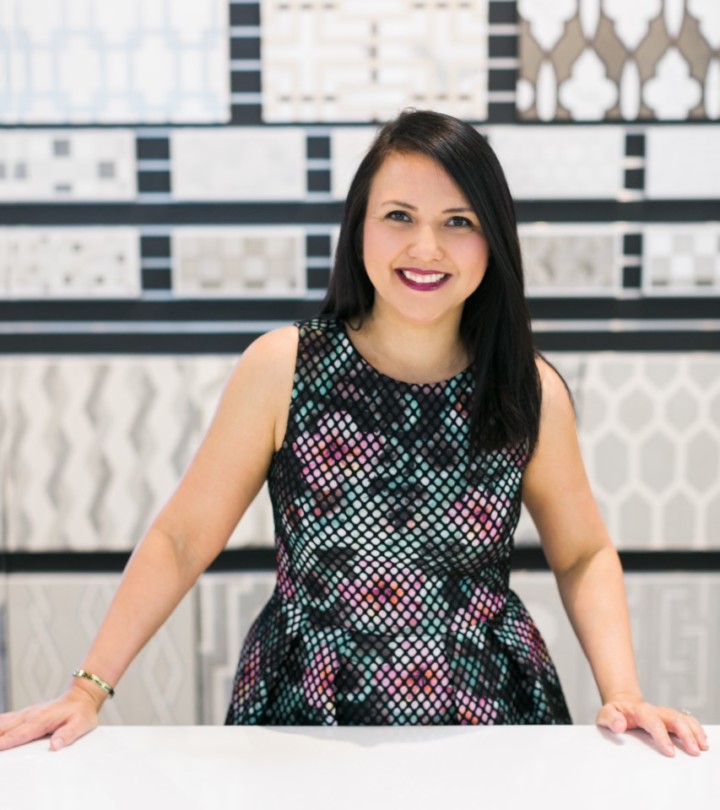 Kim Gould, owner of Saxum Tile Design Studio in Pasadena, has been a member of the ASID Pasadena Chapter for over 15 years, first as a student while attending FiDM and then later as an interior designer and now Industry Partner. After graduating from UC Santa Barbara with a B.A. in Sociology and an Interior Design Certificate from FiDM Los Angeles, she began her career working for a design/build firm in South Pasadena. 8 years and one child later, she shifted gears and ran logistics for an online retail company, sourcing and shipping custom furniture all around the country. With two years of e-commerce under her belt and another child born, Saxum Tile Design Studio offered her a position and officially opened its doors. In 2017, she became an owner and is now proud to say Saxum is 100% woman-owned and has become a valued source for designers, contractors and homeowners. Saxum has been an active Industry Partner and a host to various ASID Chapter meetings and other industry networking events.